Behind the scenes of Amour Cruel

I’ve been overjoyed by all of the love for the Amour Cruel videol. Thank you all for watching and sharing - it means so much! Many folks have been asking “did you film in Antarctica? Greenland” and “how on earth??” so I thought it would be fun to do a little behind the scenes story about how we made the video. Keep the comments and questions coming! My family could tell you many stories about how I have ruined family holidays with art projects of all sorts. Easter 2017 was no 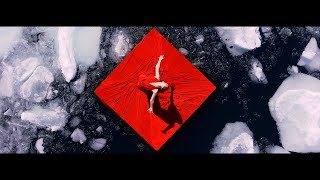 I'm so excited to share the video for Amour Cruel. You can watch it below on Youtube or on Vimeo and stay tuned for the behind the scenes blog post later this week!

“She’s a badass. Emi plays a historical flute and has a TED Talk about it,”

Coburn Music hosts Baroque series By Priya Hutner - August 2, 2017 Get ready Truckee, local born, Julliard-trained Lindsay McIntosh, founder of Coburn Music, is organizing the inaugural Baroque summer pop-up concert series. And it is tres HIP, meaning historically informed performances that are period ensembles, not the modern ensemble one would see at the Met, for example. At HIPs, musicians perform works from the 17th and 18th Centuries on instruments of the same century. C

Best of the Bay: Voices of Music